4 layers: How to swim properly 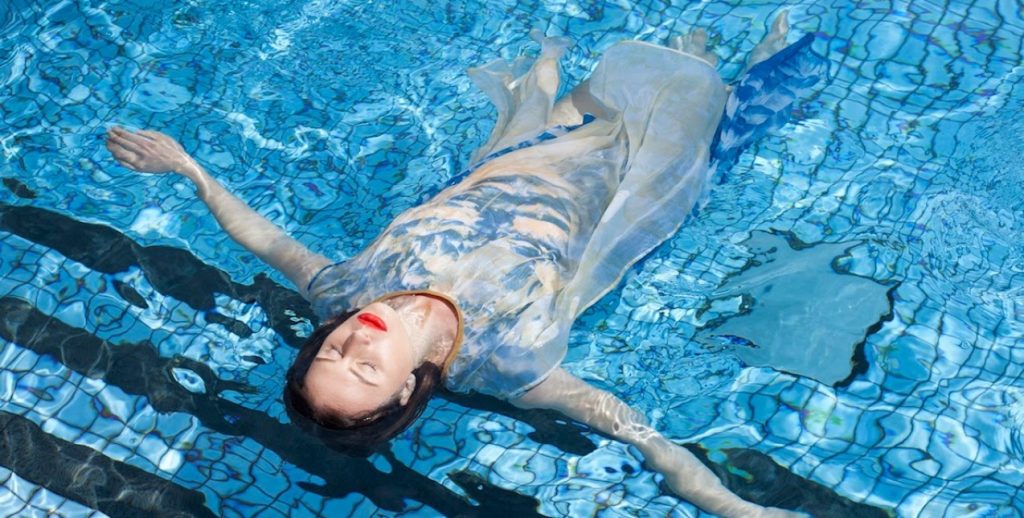 Swimming has been an integral part of the Olympic program since the first modern Olympic Games in Athens in 1896, and yet there are few Austrians who actually swim properly. Bathing, which many of us like to use as a means to an end to combat the heat and direct sun, is exceptionally not counted as swimming here. It’s about more than “staying afloat” with lifeguard class near me.

The arms here both pull simultaneously (usually in an “S-shape”) from the overhead position through the water, are brought forward again over the water before the cycle begins again.

It is important that the arms are stretched forward, i.e. the elbows are stretched. Meanwhile, the leg movement takes place. The knees remain closed.

The leg movement is very similar to a dolphin flipper – you stretch both legs at the same time from a slight hollow back movement (backlash movement) to full extension of the knees.

Only two leg kicks are allowed per arm stroke, one during the pull phase and the other at the end of the return phase.

The backstroke is the only one of the four lies in which you actually lie on your back, so the swimmer doesn’t see what’s in front of them. As a result, there is a risk of colliding with other swimmers or swimming against the wall, especially in unlined pools. Therefore, it does not require the pace of professional swimmers. Technically, the backstroke is very similar to the freestyle stroke.

The arm pull is performed alternately: the arm is pushed through the water over the head to the side of the body with the elbow bent, until the elbow has been stretched out again and the hand has reached the thigh.

After the active push phase, the return phase begins, which takes place over the water. Here the arm, which has just finished the pressure phase, is brought back over the water in front of the body with the elbow stretched and inserted into the water just as stretched over the head.

The leg kick is a very simple up and down movement that originates at the hips and is reinforced by flexing and extending at the knees.

The starting position is on your stomach – you lie stretched out in the water with your arms stretched out over your head.
The arm pull starts with both arms at the same time by opening the hands and arms outwards.
When your arms are about 45 degrees from your torso, bend your elbows and push against the direction of your swim until your hands are under your chest.

In the return phase, the arms are stretched to the overhead position.

The sternum kick takes place during the return phase of the arms, here it is important to ensure that the leg movement is carried out synchronously and that the legs are closed completely in order to get the optimal thrust.

Breathing takes place during the return phase of the arms, here the head is briefly lifted out of the water, during the pulling phase the head or face is in the water.

Here the legs just move up and down, just like the backstroke, except this time you’re lying on your stomach.
The arms begin the push phase straight again in the overhead position.

Now the retrieval phase above the water surface begins: Here it is important that you bend your elbow and your hand does not touch the water, otherwise unnecessary resistance would arise.

While bringing the arm to the overhead position is also the appropriate time to breathe. Breathing takes place on the side where the arm is currently performing the return phase. In theory, you could breathe every puff, but it’s recommended that you slow down to at least every 2 puffs, ideally every 3 puffs.

As with the backstroke, one arm is always in the push phase and the other arm is in the return phase.