Acts that Need to Be Avoided in the State of Ihram 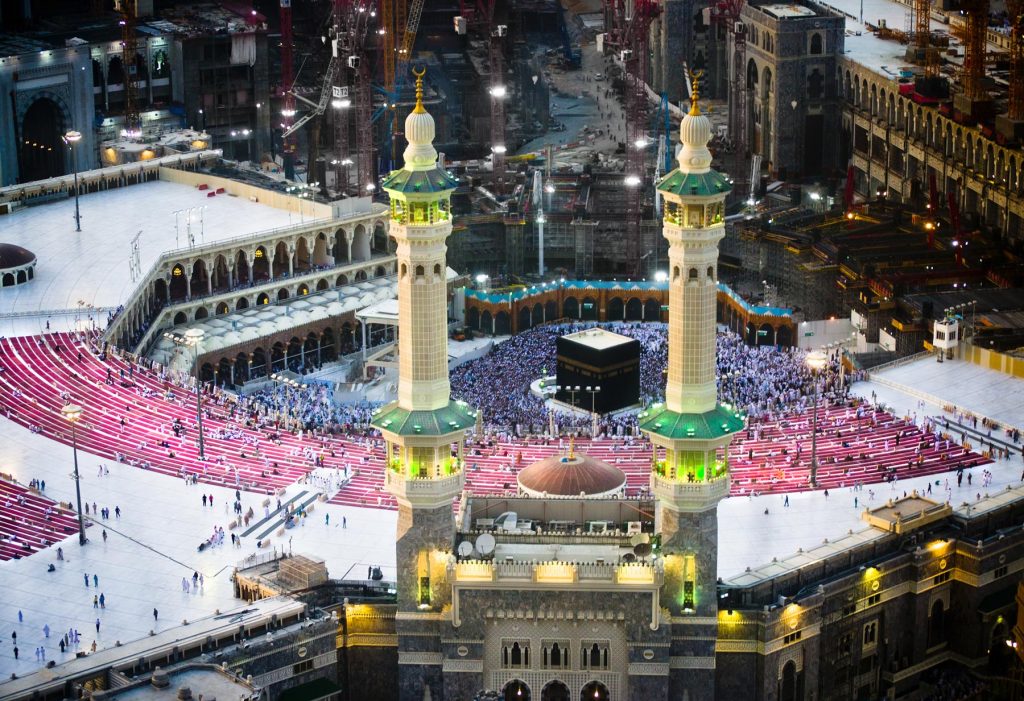 Using perfume in the state of Ihram is prohibited in Islam. Even soap and shampoo are not allowed to use if they have a strong fragrance. The perfumes with alcohol content are also prohibited to use. Any scented oil must not be used as well. This is all because the scent that you apply to your body and the oil content you use on your head lures you with a magnificent odor. This must not be misunderstood with other things that have natural fragrances such as rise and apple etc. A pilgrim who enters Ihram can carry a rose with him. But it must not be smelled by the nose on purpose. In such circumstances, the performer has to execute expiation.

Women Must Not Cover Head and Hands

Women are not permitted to hide their faces from anything that comes into contact with their flesh. They are not allowed to hide their identity during Umrah’s performance. However, it is not banned conduct if you can hide your mouth with something that does not contact your flesh. Women are likewise not permitted to wear gloves, although they may wear long-sleeved clothing that covers their hands. These restrictions are compulsory for women to follow while executing the rituals of Umrah.

Men Should Not Cover Head

Covering your head for men is also not allowed while you have been entered in Ihram. Anything that is considered as a cover according to different norms and traditions such as placing caps or any other cloth on the head is forbidden in Islam while men are executing Umrah. In some instances, men think of showing off their hair to others as they are not allowed to cover their heads. But being a compulsory ritual it is not allowed to cover your head. If the weather is hot or if it is raining, the umbrella could be used to keep yourself fresh. The sunlight and rain could be avoided in such a way. This would not resemble a covering head in any sense.

Men’s Ihram Must Not Be Sewed

Men’s Ihram is not allowed to be sewed. According to the Sunnah of the Holy Prophet (PBUH) the shoes of men must also not be sewn in a way that they fit the feet. The shoes must be loose. Ihram must never be sewed otherwise it should be wrapped all over the body. Men are allowed to wear shoes that reveal their toes and heels but the shoes that cover all feet are not allowed to be worn. If men, feel their body is not properly covered with Ihram they can use a belt to hold the cloth which is not prohibited in Islam.

Anointing Must Be Avoided

Applying oil on the body is not allowed after you enter the state of Ihram. Similarly, the melted wax, greasy fluids, and any other thing that contains fragrance are prohibited to apply. The unscented oils can be applied to the body and a lot of men also anoint the oil on their bald heads and faces to keep the skin fresh. But the main thing is that oil should have no fragrance.

During the state of Ihram, nails must not be cut. The toenails and fingernails should not be removed according to the teachings of Islam. Similarly, hair is also not allowed to be cut. The natural hair fall is not under the control of humans so it is not that forbidden but removing hair on purpose is not allowed after entering Ihram.

Physical intimacy is not allowed. If the husband is in the state of Ihram then the wife must not attract her husband towards intimate relations if she is not in the state of Ihram as it would be a sin for both. Even lustful looks are also categorized as sins in Islam. If any of these acts is executed, the couple has to perform expiation that is slaughtering any animal and the meat is distributed among the poor ones in Makkah.

Executing Umrah and Following All the Rules All these rules need to be fulfilled and every pilgrim should take care of these deeds to keep their Umrah free from any inconveniences. All the rituals must be performed according to the teachings of Islam. 8 Nights Umrah Packages must be availed to execute Umrah and seek forgiveness from Allah Almighty. The rules for wearing ihram and the things that need to be avoided must be followed strictly.