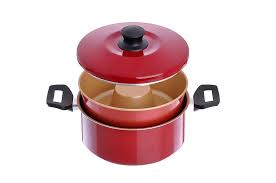 Most people fear exposing malpractices at their places of work because they may end up being targeted by their employers or coworkers. Fortunately, there is a solution for this challenge––involving a whistleblower lawyer in California. So, what are the advantages and disadvantages of whistleblowing?

The reasons for whistle-blowing can include:

Whistle-blowers expose wrongdoing, malpractices, and misconduct in governments, public agencies, corporates, and businesses. They also speak out against threats to public safety while other whistle-blowers take action to expose fraud.

Whistle-blowers also prevent suffering when the public welfare is endangered. Such people have high moral standards and are typically selfless. In other words, the welfare of others comes first to them.

Accountability is a major for whistle-blowing. Employees who expose malpractices approach other colleagues, particularly their superiors to get explanations of puzzling activities. Unfortunately, such employees never envision the consequences of their actions.

For instance, when the owner of a company wants to commit financial fraud against the government, they’ll likely use an accountant. This may not end up well if the accountant refuses to become a part of the fraudulent deal. The employer may fire the accountant for no reason or the very fact that they disobeyed their illegal orders.

Watchdogs and whistle blowers sometimes make millions of dollars from court cases that can award up to 25 percent of recoveries. Research shows that whistleblowers were awarded over $10 billion between1996 and 2005 for exposing healthcare-related fraud. Also, pharmaceutical companies paid billions of dollars in settlements after being accused of illegal marketing tactics by whistle-blowers. Six whistle-blowers shared $102 million after the conclusion of those civil actions.

The advantages of whistleblowing can include:

Whistleblowing enhances scrutiny that may involve criminal investigations, civil lawsuits, and media attention and hence, influencing the behavior of such organizations. Companies, governments, and businesses that engage in such misconduct and previously believed that they could get away with such malpractices or behavior, are forced to reform thanks to the ripple effect of whistle-blowing.

The Whistleblower Protection Program (a federal government initiative) protects whistleblowers of workplace safety, environmental, financial reform, and securities laws. The program protects such workers against retaliatory actions, which can include:

Companies and employers who violate the whistle-blower protection laws can face various penalties, including fines, suspension of government contracts, and civil lawsuits.

Although whistle-blowing serves a greater good, whistle-blowers endure personal challenges thanks to their actions. For instance, media outlets searching for a story will delve deeper into the personal life of a whistleblower. Legal complications arising from criminal investigations and legal actions may also force whistle-blowers to hire lawyers to defend or legally protect themselves. They can also receive threats of retaliation from former co-workers and employers. All these challenges added together can cause severe health challenges and fracture whistle-blowers’ relationships.

The whistleblower laws prohibit employers from retaliating against employees exposing their illegalities. Retaliation occurs when a manager, supervisor, or employer adverse actions against employees, such as terminating their services for revealing their malpractices to the world.

Are temporary workers protected from retaliation?

Whistleblowing in the workplace has advantages and disadvantages, which may impact both the whistleblower and the company or employer. Consequently, it would be wise to consult a legal professional for legal advice if you-‘re considering exposing your company or employer to malpractice.

Dignity Gold LLC has announced the results of the first audit of the 395,00 kg of gold that will be used to support Dignity Coin (DIG)

What are the most important services for a car