All you need to know about the Beas kund trek 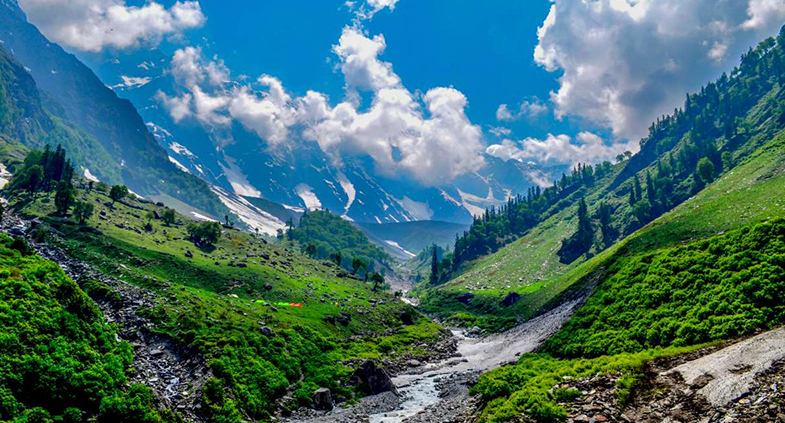 The Beas is one of the Himalayas’ most well-known rivers. Most likely because it travels through several picturesque locations, some of which have been developed into tourist destinations like Manali.

If the Beas Kund Trek has already been performed, you might like to read our page on the list of all beginner or easy hikes in Himachal Pradesh.

The river’s name is considered to have been inspired by the Rishi Ved Vyas. It travels through Himachal Pradesh and Punjab until Harike, where it joins the Sutlej river (Punjab). After receiving water from several Himalayan tributaries along its journey, Beas develops into a massive body with a drainage basin of 20,303 square kilometres and a length of 470 kilometres.

Several villages and communities that are close to its stream receive nourishment from it. Some people believe that Alexander’s failure to cross the Beas was the biggest obstacle to his conquest of India. Reaching the source of such a significant river is fascinating.

The lovely surroundings make the entire hike quite attractive. The path leading to Beas Kund passes through a vast, beautiful meadow that is abundant with wildflowers and other plants. Within a few kilometres of the trip, you could see spectacular vegetation, including uncommon medicinal plants and unusual mushrooms, if you keep an eye out.

Let’s now discuss the trip’s specifics and what you should know before embarking on it.

Beas Kund, located in the Kullu Valley, is 12,140 feet above sea level. The meadows and snow-capped mountains of the Pir Panjal range surround this glacier lake. The journey starts in either Solang Valley, 13 kilometres from Manali, or Dhundi, 21 kilometres distant. The route up to Dhundi is motorable, so you have the choice of driving there and starting the ascent from there.

Why Go on the Beas Kund Trek?

One of Manali’s quick and easy treks with sweeping views of the Pir Panjal mountain.

On this straightforward tour, you could go up close to glaciers, glacial lakes, and soaring peaks.

Because it takes you to go vast distances, discovering a river’s origins is interesting.

It is intriguing to trek over unfamiliar terrain to find the source of a river.

The ideal time to visit Beas Kund is

The snow only partially melts in May, leaving just enough ice for travellers to traverse.

Avoid travelling across these Himalayan regions during the monsoon’s worst rain in August and the first few days of September.

It is still a good time to plan this route before winter, even if it gets chilly here from mid-September until the end of October. Even in the winter, when the entire path is buried under several feet of snow, experienced hikers attempt this. However, novice trekkers should avoid attempting it since the barriers get worse at that time.

It is a two to three-day walk, so a long weekend might easily fit it. A few hikers do it in a single day (from Dhundi to Dhundi). Whether you want to take a stroll while admiring the surroundings and how many kilometres you opt to walk each day will all be determined by you. If you’re a good hiker and have a short amount of time, you might be able to do it in one day.

Arrive at the trailhead

This hike’s starting location is Manali. It is well connected by air and road to most major cities. Several overnight buses depart from Delhi and arrive in Manali in the early morning (between 6:30 and 9 am), after near

links with most major cities. If you’re travelling from Delhi, there are numerous overnight buses that, after an almost 13-hour journey, arrive in Manali by early morning (between 6:30 and 9 am).

Solang, which is 8,400 feet above sea level and 13 kilometres from Manali, is the highest peak in the Kullu Valley. Its most well-known activities are snow sports, paragliding, and Gondola rides at the Solang ground. The Beas River runs through it, and there are many nice places to enjoy the riverbank.

Both before and after the hike, we slept the night at Solang before continuing on our journey back to Delhi. For more information on discovering Solang and Kothi, please visit my article, “Kothi & Solang – Guide to the Crowns of Kullu Valley.”

Well-paved roads connect Solang to Dhundi. The path goes via the south entrance of the Rohtang Tunnel (under construction). Due to the area’s high avalanche vulnerability, there are warning signs posted throughout the path. The BRO is constructing a snow bunker along this route that will protect it from unexpected avalanches.

We left our base camp at Dhundi in the morning to begin our hike, fully expecting afternoon showers.