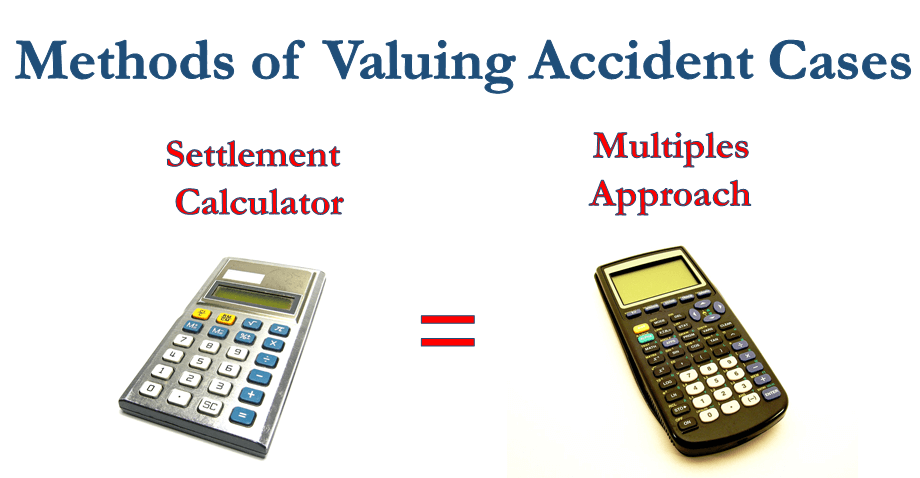 A settlement formula is used to compute damages you receive in a personal injury claim. As a rule of thumb, you should ask for a settlement that or thrice more than the results. You make the settlement request in your demand letter, marking the beginning of settlement negotiations.

The concept behind asking for higher compensation increases your chances of receiving higher payment. While you want to raise the demand, do not exaggerate the amount, as the defendant could pull out of the negotiations.

The at-fault party’s insurer could attempt to minimize your compensation since they are for-profit firms. These insurance companies protect their margins by reducing the settlements they pay to plaintiffs.

Insurance companies usually work with insurance adjusters to lower settlements. However, the timing and the settlement amount are meant to pay claims. Insurance companies hope you give in to pressure and settle the case out of court. Other adjusters offer attractive compensation packages and trick you into perceiving it as a one-time chance.

Remember that the initial settlement offer is just the start of a complex lawsuit. Your attorney should help you build a counteroffer by sending a demand letter.

The main settlement calculating formulas are per diem and multiplier method. Certain factors could reduce the results of your personal injury damages calculations, including insurance availability, damage caps, and shared fault rules.

Top-rated personal injury attorneys in Bakersfield, California, could help you understand what an average settlement amount would appear like in your lawsuit. The attorneys could offer counsel and representation to maximize compensation and then demand it in your personal injury settlement.

The per diem method is ideal for estimating your non-economic damages. The results show that you should receive a particular amount for the days you experience pain and suffering. The money is added to your economic damages to give you an estimate of the money you could receive as compensation.

You could base the multiplier number on the severity of your injuries and how the accident affects your life. You can assign 1 to minor and a higher number to major accidents.

In California, the multiplier method does not account for punitive damages as they are not awarded due to negligence.

California is a pure comparative negligence state. So the court could reduce your damages if you are partly liable for the accident. In California, the court or insurance adjuster could reduce the compensation by your degree of fault.

Damage caps are rules to limit your damages as a victim. California limits the non-economic damages you could recover in particular personal injury claims, including medical malpractice. For instance, California limits non-economic damages in medical malpractice claims to $250,000. So if you ask for a compensation hire than what the damage cap statute allows, your insurer could deny your request.

Insurance firms have policy-limits policies. After reaching the highest amount you could receive from the insurer, you are forced to seek other compensation sources like suing the at-fault party.

A reputable personal injury lawyer could help you at any step in your claims in various ways, like showing your insurer that you want to chase full damages, drafting demand letters, and estimating your non-economic damages.

Reviews – Get The Info On Trane Furnace Scarborough

Dignity Gold LLC has announced the results of the first audit of the 395,00 kg of gold that will be used to support Dignity Coin (DIG)

What are the most important services for a car