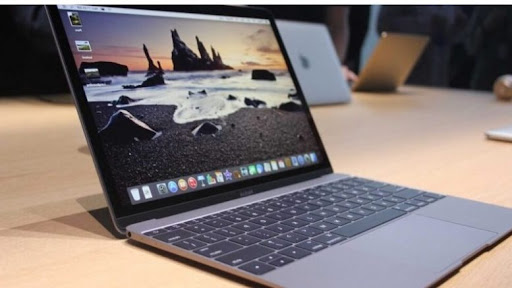 2016 sees the release of new MacBook Pro laptops, which are the thin, more powerful versions of their previous 2014 versions. The new versions have made Apple lovers excited because they have new upsides in their features. The design is sleeker and slimmer, the performance is improved in several aspects, and there is a version with Touch Bar that can improve the experience. The new laptops also come in 13-inch and 15-inch versions. However, it does not mean that the new MacBook Pro does not have some downsides.

By adding new features in the new MacBook Pro, Apple also removed some features that previously existed in the older MacBook Pro laptops. The removal of several features may affect how you usually use the older versions (and older Mac laptops in general), especially if you decide to upgrade your older MacBook laptop with the new, 2016 version. Make sure to understand what you will get the moment you shell out more than $1,400 for a new MacBook Pro. Read about Lenovo thinkpad

Here are some illustrations of the new MacBook Pro 2016 laptops, including the features, new specs, comparison with similar product such as MacBook Air (for the 13 inch version), the downsides, and price.

The new 2016 Apple’s MacBook Pro definitely shows several improvements compared to previous versions. The new 13-inch and 15-inch laptops are way thinner and lighter than the previous version, and even lighter than MacBook Air, which was once considered the lightest Apple laptop. There are also two versions of these products; the most improved versions have Touch Bar, which is basically the combined function of keyboard and mouse.

One thing you will immediately notice from the two versions of Apple MacBook is the design and weight. These laptops are lighter and sleeker than the previous versions. Unfortunately, Apple decided to remove some essential design aspects that originally existed in the previous models, so you basically get new features at the price of old features that make the laptops user-friendly. Read about Razer Blade.

Here are the details of the designs:

• Both laptops have only two USB-C ports each plus headphone jacks, which are standard features that are versatile but do not offer flexibility. They also do not have slots for memory cards, HDMI outputs, or DisplayPort. However, the USB-C ports are located on both sides, so you have more flexibility to charge the laptop or sticking USB flash disk.

• Both laptops have the same “uni-body” design as their predecessors, with two shade options: space-gray and silver. The Apple logo is also not glowing, which is great for those who prefer more subdued look in the design. The subtle change from the previous products may be not noticeable at first, but the subdued look is great for more “professional and serious” look.

• Both laptops have flat yet stable keyboards, with the “butterfly” buttons that ensure stability when the users type really fast. The bounce and dip actions are also better than the previous series’ keyboards. However, early reviews said that these buttons are typo-prone, because you probably miss one or two letters when typing really fast or typing really long password.

• Both laptops have improved Force Touch touchpad, with wide size and more flexible finger maneuvers, although the flat shape and sensitive surface can make you accidentally click something on your screen that you do not intend to click. However, the surface is quite smooth and large, which makes it comfortable for your finger to tap or trace, especially if you have large finger (which can make the similar activities uncomfortable on smaller pad).

The new MacBook Pro’s Touch Bar is located above the keyboard panel, in the form of smooth, black line. The flat keyboard may make it easier for you to accidentally tap on the Touch Bar instead of typing on the top row of the keyboard panel. However, the Touch Bar adds access to Siri, mute and volume buttons, screen brightness shortcuts, and emoji stickers (including the “frequently used” ones). Users also have flexibility to rearrange what appear on the Touch Button. When you are using email, you can use it to access text formats and text prediction.

In short, compared to MacBook Pro 2014, the new 2016 versions have better design elements. However, these new design features also come with design shortcomings such as lack of USB port variations and memory SD card slot. This definitely limits your ability to attach more than two tools or gadgets on your Pro laptop. Also, since there is no memory card slot, you must always get ready with external storage device to save and manage your files, which can be a hassle for certain people.

Finally, while the separate USB-C ports give larger space for whatever gadgets you want to attach on the laptop, they can also be precarious.