SHIBA INU: MODERN MEME COIN WITH A LOT OF FAME FOR CRYPTO 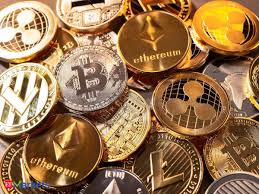 Basic definition of Shiba Inu
Like Dogecoin, Shiba Inu is also a meme coin that has a major impact on the crypto world. Following in the footsteps of Dogecoin (first crypto coin meme), Shiba Inu has much higher expectations among crypto dealers. Many important developments are actively associated with this meme coin and expectations are made of it to fill many gaps with Hokk Coin price.

Shiba Inu is a coin powered by the communities’ love of popular memes and culture. An anonymous user called “Ryoshi” entered the crypto world with the meme concept. Since the launch of Shiba Inu in August 2020, it has received incredible support from the cryptintroducedo community. The idea of ​​creating the coin was then conceived and a day later the web page was live and the community grew at a rapid pace almost overnight.

The most notable feature of Shiba Inu is that it strikes a good balance between meme culture and cryptocurrency features. As a result, it has become popular among young crypto fans with its themes, images and ideas about crypto life in general. Moreover, Elon Musk and Vitalik Buterin have contributed a lot in promoting meme coins worldwide with social media networks.

The goal of Shiba Inu
Experts predicted that Shiba would be the ultimate “Dogecoin Terminator” by offering long-term utilities in the greater. Dogecoin is a frozen currency due to the lack of development and innovation team to support it. The current team is only assigned to keep this meme coin in working order based on the Bitcoin Core. Other than some minor bumps and dumps, Dogecoin is a dying project.

Shiba Inu is now among the best performing cryptocurrencies due to these advantages. As it continues to expand its reach, it is expected to surpass Dogecoin soon.

Operation of Shiba Inu
With a solid functional model, Shiba is designed to meet all types of crypto dealer requirements. Built on the Ethereum network, it is simply an ERC-20 token that offers huge potential in its own right. Ethereum integration has made this coin a part of the DeFi boom, and the developers are making great use of this advantage. To add more potential, this ERC-20 token could be a great means to move from Ethereum to Ethereum 2.0.

Unlike Dogecoin, Shiba Inu focuses on developing features around this token rather than blockchain development. Moreover, Dogecoin has put all the power over this cryptocurrency in the hands of its administrators. Rather, there are certain spaces and places where the community can participate in the Shiba Inu project and determine the future of this currency.

Users can use this token to invest in DeFi projects or Shiba-based applications, all of which are based on the Ethereum network. It certainly has more potential than Dogecoin with significant community backing and better functioning. Developments are still going strong and new features will unfold over time as it approaches its target as an ERC-20 token, as stated in the white paper.

Ethereum Network Integration Shiba Inu
Shiba’s white paper revealed that the creator decided to launch this currency on the Ethereum network. This step was taken to lay a solid foundation and ensure a healthy future for this meme coin. From providing better growth opportunities to enabling greater community participation, Ethereum has many roles behind the growth of this cryptocurrency.

Community support is essential as it is vital to ensure a better future and steady growth. However, with all the Shiba tokens featuring this anonymous creator Ryoshi, the decentralization of this coin is a bit unclear. However, Ryoshi cleverly tackled this problem by offering 50 percent of these tokens to Vitalik Buterin as a guarantor for this coin. Initially, there were about a thousand billion SHIBA tokens that were worth nothing.

Ryoshi offered about 500 billion SHIBA tokens to Vitalik Buterin and took several actions to engage more users. As a result, SHIBA experienced a major boom and SHIBA tokens started to rise in the market. The rest of the work was done by the social media community of this meme coin, ShibaArmy, to support its growth.

Buterin, on the other hand, donated a large portion of his SHIBA token (worth about a billion dollars) to India’s Covid Care Aid Fund. He then burned the rest of the holdings, intending to increase the value of SHIBA tokens in the long run.

What is Shiba Swap?
This meme token has some important built-in features to make it more useful and engage more users. With this view, ShibaSwap was developed as a decentralized exchange. It is built to support trading, liquidity mining, yield farming, collateralised lending and the NTF marketplace. ShibaSwap managed to collect a TVL of more than $400 million to rank it among the top DeFi projects with all its incredible features. In addition, ShibaSwap is fueling its token, LEASH, with a limited issuance of 170,000 tokens.

How can you buy Shiba Inu?
Like other cryptocurrencies, buying this meme coin is also an easy process. The fastest way to get Shiba Inu is through the Shiba Swap exchange. You can use ETH or any other type of ERC-20 token to buy as many SHIBA token as you want. If you are a Meta Mask wallet user, you can simply connect your wallet to Shiba Swap and buy.

Since Shiba Inu is a meme coin, crypto followers are relatively unrecognized. In addition, due to the sheer amount of SHIBA tokens on the market, its value is quite below par. However, SHIBA tokens have made a solid comeback in recent years. Initially, nothing was appraised, but the scene has since changed.

During the launch time, you could easily buy about 100 thousand SHIBA tokens with just one dollar. However, in today’s market, one dollar gets you something like about 36 thousand tokens, which sets a value of $0.00000516 for one SHIBA token. When calculated, it shows an ROI of more than 1,709,294.02%. It comes as surprising as this return is relatively more than top cryptocurrencies like Bitcoin.

Learn about the Health Benefits of Carrot Juice