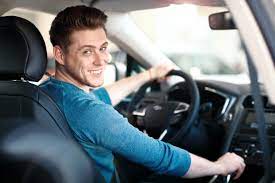 Are you a new driver, or have you bought an automatic car? Do you know the meaning of the letter written on the gearbox? Several drivers wonder what the letters P, R, N, D, S, and B are in an automatic car. People learning how to drive need to understand which gear will help them move forward and backwards, which one is neutral, etc. Manual cars have different gears, whereas automatic have different.

If you were a manual driver, and now you have bought an automatic car, you must understand the letters on the car gear. This article will explain how to operate these functions and move your car safely.

There are some differences in an automatic car’s brakes, gears, and other functions. For example, you have a parking brake next to the standard brake pedal in your automatic car. Here are some of the letters you must have observed on your gear. Let us find out what these means and their purpose in the car.

P stands for Park. When you place gear at P, the transmission gears are closed, and the car cannot move forward or backwards. It means you have parked the car on the road. The park or P gear disables the gearbox and prevents the vehicle from going. When departing, park a car in P to ensure it does not slide into a light post.

R means Reverse in the gear language. It allows the car to move backwards, as in Reverse. The R sign on the gear knob denotes reverse gear. It can be at a particular place due to the type of car you’re driving. When adjusting the gear stick from P to R, the automatic gearbox engages Reverse. It permits the driving of the best SUV tyres to move in the opposite direction by reversing the movement of the rotating shaft.

NEUTRAL is represented by the letter “N.” As the engine warms up, you may need to switch to the neutral model in certain automobiles to precisely measure the liquid level in the transmission. Whether the car won’t start in Park, another use for N is to set it in neutral to see if the issue is with the Park or neutral shift interlock.

“D” stands for Drive. As Park gear stops the wheel transmission, D starts the car and moves forward on the road. However, in automatic cars, you do not need to shift gears like 1,2,3,4. Here the D can manage the speed and shift automatically. However, you may observe that D2 & D3 are for taking off and landing the car.

S stands for Sports, to put it bluntly. The ECM of the automobile optimizes the gearbox in S mode to offer the optimum speed when the pedal is squeezed forcefully because CVT gearboxes have almost limitless ratios. The automobile retains the gear longer than in D mode for greater power. Park your car in S and watch how it reacts to acceleration and gear adjustments if you’re feeling sporty. However, you must understand it can compromise the fuel economy and its consumption.

The “B” refers to Brake, which refers to engine braking. It is recommended that you move the automobile into B gear when going downhill. First, B initiates engine braking, preventing your automobile from free-falling down the hills. This reduces the drag on the engine. Second, it keeps your automobile brakes from overloading by assisting the car in reducing speed through gear ratios, which relieves a significant strain on them. Shift your automobile to the B position if you think there will be a prolonged climb or decline.