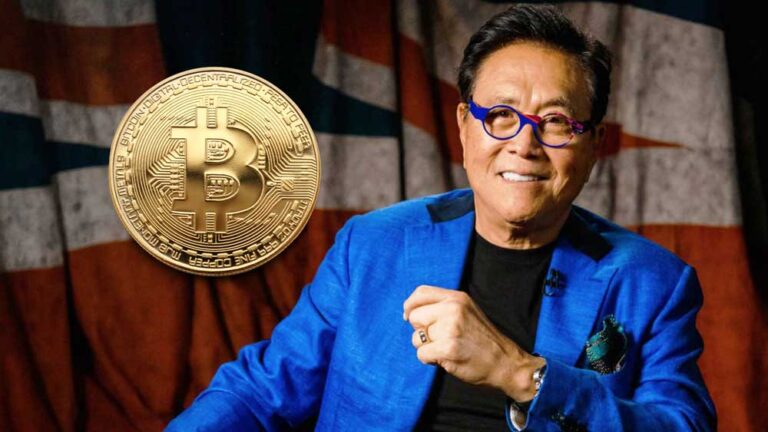 Cryptocurrency might be a popular digital monetary system, but it is also the most volatile market that every beginner must need to know about if he is planning for investment. By daily following the crypto news, you must have known about the latest crypto market crash. The major crypto coin, Bitcoin has fallen below $30K. It is now priced at $29,301.85. However, one person is least affected by the downfall of BTC prices. He is none other than the bestselling author of the ‘Rich Dad Poor Dad’ book Robert Kiyosaki.

Not just Bitcoin, even the native crypto of Terra blockchain, LUNA has also swept down to $24.14 with a massive 60% drop within a day. According to the best-selling book author, the price of Bitcoin might fall further to $17K. But he is optimistic that the crypto king would come out the winner as it is led by 3 major supporters. Kiyosaki is even suggesting Bitcoin to investors other than valuable assets silver and gold.

Robert Kiyosaki is the author of the best-selling book, Rich Dad Poor Dad. Currently, he expressed his views on the latest BTC price and its future outlook. His book is counted on the Best Seller List in New York for 6 years. Around 32 million copies have been sold in multi-languages (51) across 109 countries or more.

Kiyosaki mentioned about BTC price crash on Twitter and is even waiting for the price fall of the latter cryptocurrency to the level of $20,000. Before he plans to purchase BTC, he is waiting for it to go down to $17,000. According to him, a crash in prices paves the opportunity for getting richer.

The Rich Dad Poor Dad author once commented that he will purchase more BTCs after it lowered down to $20K in price. The tweet of Robert Kiyosaki came at the odd phase of the crypto market that suffered a billion loss. Bitcoin is now trading at $29,289. It came down to two percent in the 24 hours.

Bitcoin will be a winner

The recent fall of Bitcoin cryptocurrency to below level came as shock to crypto news readers, but it hardly matters to Robert Kiyosaki. He is rather optimistic about Bitcoin coming out as a winner. The book author tweeted why he thinks so. According to him, it is all because BTC is led by 3 American supporters.

The first one to mention is American president Joe Biden. The second is Janet Yellen (Treasury Secretary), and the third is Jerome Powell (Federal Reserve Chairman). But according to Robert Kiyosaki, except for Bitcoin, he does not trust these three stooges. Well, this is not something he has expressed distrust to Biden’s government, Fed, and Wall Street. The author also suggested investors purchase BTC for some time.

According to a popular author, a major bubble burst is going to take place. He even called thieves to Federal Reserve, the government, and Wall Street. Robert Kiyosaki also mentioned the hyperinflation stage, in which investors must purchase BTC along with gold and silver.

Robert Kiyosaki also said that during March, the USD was expected to collapse, criticizing American president Biden for bringing inflation. At that time, the Rich Dad Poor Dad author recommended 3 cryptocurrencies to invest in. These are Bitcoin, Solana, and Ethereum.

However, the perception of Kiyosaki is not all positive on crypto. The famed author also gave a warning about the government gripping all the cryptocurrencies and bending them into government crypto. He also added that the war between Russia and Ukraine is also becoming a big reason for the rise of crypto as a safe haven contrary to fake fiat currencies of the government.

Cryptocurrency might be popular digital money technology today, but it is also very risky for investment. And it is all because they are prone to market volatility. Prices uncertainly go from much higher to much lower. Bitcoin and LUNA are examples. However, Robert Kiyosaki is positive about the price fall of BTC. He is even waiting for when its price will lower to $17K. To get more crypto news updates, log on to the Cryptoknowmics. Here you can search for the cryptocurrencies that pay dividends.